Our style teaches people how to survive aggravated weapons assaults, other vicious crimes and acts of terrorism. It harmoniously and uniquely integrates all the preferred special elements from martial arts - a mix of Judo, Karate, Ju-Jitsu, Krav Maga and Hisardut - against all threats and weapons.

The system assists its students in all tension-provoking and dangerous situations on various levels. Thus, the student will always be prepared and alert. We teach a method that suits everyone in any situation and in any place.

The dynamic combination of various techniques provides the student with an interesting and lively lesson. The lesson contains various techniques of physical training, increasing stamina and body building strengthening, It teaches the basics of self defense techniques along with the system's honor code. The lesson's rhythm changes constantly, thereby creating in the student an ability to be constantly aware at all times. Students learn to discover their hidden strengths, and to mold their character so that the adversity that life continuously presents become opportunities for growth.

The Israeli martial arts have been developed and combat tested for the past 6 decades to meet the growing threat of terrorism and violence against civilians.  The unfortunate result of being surround by enemies who want nothing more than to eliminate you is becoming a combat and self defense expert.

Below is a brief description of the various martial arts taught at the academy:

Imi Lichtenfeld – Was the creator of Krav Maga, the official self-defense method of the Israeli Defense Forces. Imi was born in 1910 in Hungary where he learned to fight on the streets to defend himself and the neighborhood from anti-Semitic gangs. When he immigrated to Israel, Imi used his knowledge of street fighting and other martial arts (he studied) to develop a system which will work in a real life altercation. On the streets, he acquired hard won experience and the crucial understanding of the differences between sport fighting and street fighting. The Israeli defense forces recruited him to train newly enlisted soldiers in self-defense and hand to hand combat. This style was then formulated and improved to fit the needs of the civilian population. The method was formulated to suit everyone – man and woman, boy or girl, who might need it to save his or her life or survive an attack while sustaining minimal harm. This system is known all around the world as Krav Maga and is considered one of the most practical Israeli martial arts & forms of self-defense.

Dennis Hanover 10th DAN– Is the creator of Dennis Hisardut Jiu Jitsu, an Israeli anti-terror & self-defense method. Born to an impoverished family in 1937, Dennis grew up in the slums of South Africa. He would began training Judo and soon earned his Black belt, surpassing his even his own Sensei. When he moved to Israel, Dennis used his knowledge of Judo, Karate and Jujitsu to form Hisardut. He is responsible for developing the top anti-terror Special Ops unit of the Israeli Defense forces - LOTAR. Dennis continues to teach with his sons and is considered “a living legend” among the martial arts world community. Dennis is also the Life president of the European jujitsu association. He has several branches of his specialized combat system throughout Israel. Hisardut has hundreds of black belts, instructors and master (6 degree black belt or higher) pupils, including the head instructor of the IMAA – Hezi Sheli, who originally started his martial arts training in the Hisardut system!

Jigoro Kano – Was the founder of Judo (the gentle way). Jigoro was born in Japan in 1860 to an affluent family. As a child he was bullied which necessitated the start of his martial arts journey. Jigoro trained traditional Japanese jujitsu with some of the major instructors at the time. Through Kano’s comprehensive studying of the ancient self-defense art forms, he created what is now known as Kodokan Judo. Judo uses the opponent’s weight against him to throw/trip him to the ground: Maximum efficiency, minimum effort. Judo’s popularity grew with time as a modern martial art in which the practitioner is only as good as his technique. Jigoro Kano’s original Dojo, “The Kodokan Academy” is still operational and open to “Judokas” (Judo practitioners) from around the world.

Mas Oyama – Was a karate master who founded Kyokushinkai Karate. Born in Japanese occupied Korea, Oyama grew up learning Chinese martial arts. When he moved to Japan in 1938, Oyama served in the Japanese imperial aviation corps from which he was discharged after the war. Post WW2, he traveled to different Karate Dojos, training and gaining knowledge of the art. When he opened his first Karate dojo, Oyama's own curriculum developed a reputation as tough, intense, hard-hitting but a practical form of Karate. This fighting method is known as Kyokushinkai - which means “the ultimate truth”. Today, the style is known as a pragmatic, full contact stand up striking system with thousands of dojos internationally and millions of students. One of the goals in Kyokushinkai is self-improvement and character building through tough training, strength, endurance, technique and spirit.

The roots of Jiu Jitsu are not clear in recorded history. However the martial art is estimated to be several hundred years old. The martial arts was developed as the hand-to hand- combat system on the feudal Japanese battlefield. The samurai would resort to this combat system when their sword were either lost in battle or no longer useable. Jiu Jitsu works on closing the distance between the practitioner and the target. There is heavy emphasis on chokes, joint locks, throws, redirection and ground fighting. This is the foundation of modern Jiu Jitsu. The idea behind this meaning of Jiu is "to be gentle", "to give way", "to yield", "to blend", "to move out of harm's way". "Jutsu" is the principle or "the action".

A Glimpse of our Training

A mix of Krav Maga, Jiu-Jitsu, Judo,
Karate and Self-Defense 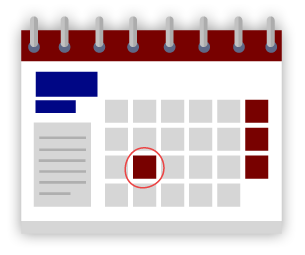